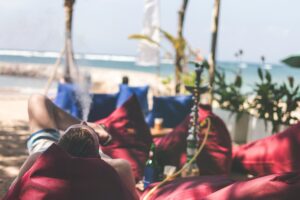 Cancer is a group of diseases characterized by abnormal cell growth which can spread to other parts of the body. Most are aware of the toll it takes emotionally, mentally, physically and spiritually. It is also capable of straining relationships with family and friends.

Eating carcinogenic foods on a daily basis is one of the minor causes of cancer we overlook, but can build up over time. Cancer causing meals and foods are more common than we realize. While you are less likely to catch cancer from eating, listed below are ten foods to avoid that are proved to increase the risk of getting cancer.

Most of the cans are lined with a product known as bisphenol A (BPA). Studies carried out in rats showed that bisphenol A is involved in altering the cells of the brain. Most of the plastic goods, thermal sheets, water lines we encounter in day to day life are also lined by BPA. Research has surveyed that 90% of the Americans have BPA in their urine. In humans it is known to increase the risks of breast and prostate cancer.

To keep your family safe from the risks of cancer you should use frozen or fresh vegetables.

The pronto growing industry of genetically modified crops have gained much more popularity these days. These industries in fact are contaminating our food and crop supplies at an alarming pace. Experts and any professionals are in opinion that proper testing was not done before adding these genetically altered products to our daily use ingredients. Which means that both the producer and grower didn’t know the long term effects of GMO’s on human health. So always buy organic food or GMO labelled free foods (which manifest that a product is not genetically altered or modified).

The topic “soda as a cancer causing food” has remained debatable for over two decades. Soda beverages are known to contain high fructose corn syrup and various other harmful chemicals. These carbonated beverages are worst for our health in every regard. Fructose is present in beverages; however, soda is known to be a real malefactor in causing and increasing the risks of cancer.

These drinks provide zero nutritional value and on the other hand they extract the nutrients we get from other food.

So, carbonated beverages and soda must be avoided to decrease the risk of cancer.

After being extracted from the source, vegetable oils are processed chemically in laboratories. Other chemical are added to change the smell and taste. These hydrogenated oils are packed with omega 6 fatty acids that are notorious for destroying our cell membranes.

Popcorn contains more than just kernels, they also house perfluorooctanoic acid (a known carcinogen). Studies have shown that diacetyl (used in artificial butter) is known to lead to many diseases, including cancer. If you must indulge, making your popcorn at home will be the healthy option.

Farmed fishes are one of the common means for exposure to cancer. Salmon are commercially raised in large quantities, by fish farmers, where they are ministered to antibiotics, antivirals, pesticides and a lot of other carcinogenic chemicals.

These carcinogenic chemicals are used to prevent certain viral, parasitic and bacterial outbreaks which results when fishes are filled to brim in a small space.

It is also known that farmed salmon contains less amounts of omega 3 fats than wild salmon. Omega 3 fats are thought to fight against cancerous cells.

The major culprit in causing cancer by far is high fructose corn syrup HFCS and other refined sugars. Refined sugars spike insulin levels just after they are ingested and are known to feed the growth of cancerous cells.

Growth promotion causes the rapid proliferation of cancerous cells due to which they invade the normal cells at high rate. The consumption of cookies, pies, cakes, sodas and many other processed items explains the higher risks of cancer these days. So replace the refined and processed sugar with natural sweetener to lower the risk of cancer by several folds.

Refining the flour removes all the nutritional value. This refined flour is further bleached with chlorine gas to make it appealing for the customer. This bleached flour has a high glycemic index which means that it is rich in carbohydrates. The foods having high glycemic index are known to increase blood sugar levels with in turn directly feeds the cancerous cells.

All these highlighted products contain preservatives like nitrates which are added to increase their shelf life. These additives are not dangerous in rare amounts but on accumulation nonetheless, they are toxic and harmful for the body at cellular level leading to diseases like cancer.

When smoked foods are cooked at high temperature the nitrates present are converted into harmful nitrites, increasing the risk of cancer .

Grilled meat may taste delicious but researches have shown that cooking meat this way releases a carcinogen called heterocyclic aromatic amines. When grilling red meat to a well-cooked temperature, the molecular and chemical structure of the meat is altered. So, you are better off baking or broiling your meat, rather than grilling.

Tips regarding eating that could help prevent cancer

Avoid using products labeled as diet, light or fat free because natural calories are replaced with synthetic chemicals to make them appealing.

Preventing all ten above mentioned foods not only lowers the risks of cancer but also makes you look better on the in and outside.