Home » 10 Most Rare Diseases
Previous Next

Progressive Multifocal Leukoencephalopathy, or PML, is a very rare viral disease which is fatal in most cases. This disease is characterized by the inflammation of white matter in the brain. White matter is a component of the brain and spinal cord which consists of axons and glial cells. It plays an important role in transmitting information between different parts of the cerebrum.

PML is caused by a type of Polyomavirus known as the, John Cunningham or JC virus. The JC virus becomes active in people who are immunocompromised, such as patients having AIDS and/or people receiving an immunosuppressant. The virus damages the myelin sheath covering the axons of nerve cells.

Paraneoplastic Neurologic Syndromes (PNS) are a set of diseases affecting every 1/10,000 patients having cancer. The symptoms are due to the remote effects of the cancer. For example Lambert Eaton disease is associated with the underlying conditions of small cell lung cancer; hence it is characterized as a PNS. PNS can affect any part of the central or peripheral nervous system. It is possible that a patient may experience PNS symptoms even before the detection of the cancer. Common PNS are Lambert Eaton disease, Limbic Encephalitis, retinopathies, subacute cerebral 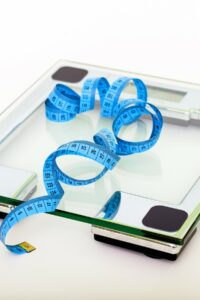 ataxia and sensory neuropathy. These effects are usually not caused by the metastasis, metabolic disorders or any other cancer-related illnesses.

Dercum’s disease is characterized by the presence of painful lipomas. A Lipoma is actually an overgrowth of the fatty tissue (adipose tissue) located between the skin and underlying muscle. Patients with Dercum’s disease are usually overweight and obese and may also complain of easy bruising, sleep disturbances, constipation and a rapid heartbeat. Furthermore, the disease is mainly present in patients between ages 35—50 years and is more prevalent in men as compared to women. The exact cause of Dercum’s disease is not known, but recent studies suggest that it’s due to the nervous system dysfunction or pressure on the nerves.

Fahr’s disease is a degenerative neurological disease which is characterized by the presence of abnormal calcium deposits in the brain. The disease is also known as Familial Idiopathic Basal Ganglia Calcifications. Fahr’s disease most affects the basal ganglia of the brain. Patients complain of the worsening of cognitive abilities and motor skills which may lead to spastic paralysis. Other symptoms include irregular jerky movements, unsteady gait, weakness, difficulty in swallowing and optic atrophy. The exact cause of the abnormal deposition of calcium caused by Fahr’s in the basal ganglia is not known.

Tardive Dyskinesia is a form of dyskinesia (movement disorder) which is characterized by involuntary and repetitive body movements. It is commonly caused by the use of antipsychotics. Symptoms of the tardive dyskinesia are involuntary tongue movements, characteristic facial expression and lip smacking and puckering. Rapid involuntary movements of the limbs are also noted. Other symptoms are excessive eye blinking and difficulty in breathing. Use of neuroleptic drugs may worsen the case. It commonly occurs in psychotic patients who are taking anti-psychotic treatment. Elderly patients are more prone to develop this disease and it effects both sexes. 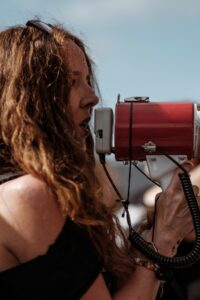 Landau Kleffner Syndrome is a type of aphasia (language disorder) which is characterized by the gradual or sudden development of aphasia. It is usually associated with an abnormal EEG. This disease affects the area of the brain which controls comprehension and language. These areas are known as broca’s and werniche area. Landau Kleffner syndrome occurs in children who are between 3-7 years of age.

Boys are usually more prone to develop this disease. It can be caused by any brain tumor, head injury and other demyelinating diseases. Patients suddenly or gradually lose their language skills, while reading and writing are not affected.

Alpha-1-Antitrypsin Deficiency (A1AD) is a hereditary disease which is characterized by the decline in the levels of alpha-1 antitrypsin. Deficiency of alpha-1 antitrypsin may lead to the development of emphysema (chronic obstructive pulmonary disease), liver diseases and a rare skin condition known as Panniculitis. A1AD is a glycoprotein which is produced by a liver. Its job is to balance neutrophil elastase, which is produced by the action of infections and smoking. Due to the deficiency of alpha-1 Antitrypsin the levels of Elastase go unchecked which may lead to the destruction of alveolar walls. It is a very common hereditary disease in Caucasians. About 3% patients with Chronic Obstructive Lung disease have Alpha-1 Antitrypsin deficiency.

Cyclic Vomiting Syndrome is characterized by excessive vomiting without any apparent cause. Vomiting occurs in cycles of same intensity and duration. There are also vomiting free intervals. It can affect any age group. Most patients with this syndrome also complain of migraines. Treatment involves lifestyle changes and the avoidance of factors which may trigger vomiting. The episodes of vomiting usually last for a few hours and may be severe enough to interfere with one’s daily life activities.