In Honor of The Walking Dead Season Finale: 10 Zombie-Like Diseases That Kill

In Honor of The Walking Dead Season Finale: 10 Zombie-Like Diseases That Kill

The zombie craze has not yet subsided. Movies like World War Z and Resident Evil stimulate our minds about the possibilities of real-life zombies sweeping across nations. They inflict an unstoppable plague of viruses, changing innocent citizens into horrifying, blood-thirsty freaks with a taste for brains.

Although, part of the fun is that the terror probably does not exist, that is not entirely true. Zombies are a real life phenomenon, but not in the way you expect them to be. There are some diseases that could make you look, or even behave like real zombies. Some of them could be lethal, and others are simply sickening to the eye: 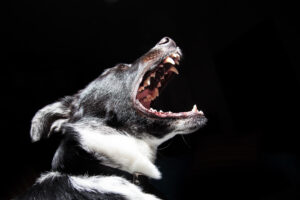 Rabies is one of the deadliest viruses known to mankind. It is so grave that the only survivors known to live are the ones who received the rabies vaccine beforehand. With just one bite from an infected warm-blooded animal, the infected patient becomes rabid within a few weeks or months.

The initial symptoms of rabies include fever, chills, vomiting, anxiety, agitation, loss of appetite, irritability, sleeping problems and extreme tiredness. Ten days after the onset of initial symptoms, rabid patients usually develop zombie-like aggressive behaviors such as biting and thrashing, delusions, hallucinations, excessive salivation, high fever and excessive sweating. They also experience fear of water (hydrophobia), even the mention of the word “water” can cause them to have uncontrollable spasms. They may also develop fear of light (photophobia) and fear of flying (aerophobia). A few days after having these advanced symptoms, the affected individual soon falls into a coma and dies.

According to the World Health Organization, Asia and Africa have the highest number of rabies cases and deaths. 40% of these patients suspected of being bitten by rabid animals are children. Dogs are the most common source of rabies infection, although other mammals, such as cats and bats, can also carry the virus and transmit it to human beings. 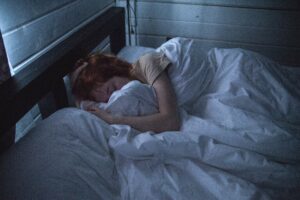 The sleeping disease, also known as the Human African trypanosomiasis, is a parasitic disease transmitted by the tsetse fly, a species found in sub-Saharan Africa. Many regions in Africa have tsetse flies, but for some unknown reasons, only a few places in this continent are endemic for the occurrence of sleeping sickness.

The human African trypanosomiasis comes in two forms: (1) Trypanosoma brucei gambiense, which accounts for 98% of cases and found in 24 countries in Africa, and (2) Trypanosoma brucei rhodesiense, the more aggressive type, represents less than 2% of reported cases. A third form of sleeping sickness, the Chaga disease, occurs in Latin America and it is transmitted by another organism that is different from the usual genus of tsetse fly found in Africa.

The sleeping sickness has two stages. The first stage is the phase wherein the trypanosomes multiply in the lymph, blood and subcutaneous tissue of the affected individuals causing non-specific symptoms such as fever, chills, joint pains, itching and headache. The second stage is the phase wherein the parasite crosses the brain barrier and invades the central nervous system causing zombie-like and neurological manifestations such as poor motor coordination, changes in behavior, sensory disturbances and confusion. Sleep disturbance, the reason why it is called sleeping sickness, is the most important symptom seen in this stage. Without proper treatment, sleeping sickness is considered fatal – although there are a few who end up being healthy carriers of sleeping sickness. 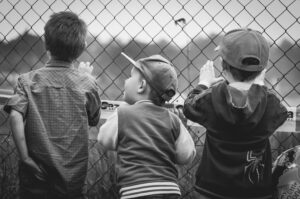 The nodding disease is a mysterious neurological condition first documented in the 1960s in the United Republic of Tanzania. The exact cause of nodding disease is unknown. The WHO team says that almost 93% of cases occur in places where the parasitic worm Onchocerca Volvulus are abundant and most of the patients afflicted with this problem also have concomitant vitamin B6 deficiency. Children, aged 5 to 15 years old, are most commonly affected by this health problem.

Uganda reported a nodding disease outbreak in February 2012 when it documented more than 3000 new cases of nodding disease in the three districts of Pader, Kitgum and Lamwo. The symptoms of nodding disease include progressive cognitive dysfunction, a characteristic nodding of the head, stunted growth and neurological deterioration. However, children with this problem also develop other bizarre zombie-like symptoms: some start fires and appear traumatized while others tend to wander around and get lost even in familiar places.

Leprosy may be as old as the first known civilization. Zombies and leprosy share some common features: both are popular for decaying body parts and rotting flesh. In fact, there have been reported cases recorded approximately 4000 years ago in Egypt, China, India and Africa.

Leprosy causes damage to the nerves of affected individuals causing numbness and a slow, shuffling most commonly associated with classic movie zombies. The decaying appearance of the skin of patients with leprosy is comparable with the skin of those actors and actresses portraying to be the undead. With the use of multidrug therapy, WHO eliminated leprosy in the year 2000 and almost 16 million patients have been cured over the past 20 years. In fact, 95% of the global population is now naturally immune to leprosy.

Creutzfeldt-Jakob disease, the equivalent of mad cow disease in humans, is a very rare, degenerative and most often fatal brain issue occurring in one in every one million individuals worldwide every year. In the United States, 300 cases of Creutzfeldt-Jakob disease are reported annually according to the National Institute of Neurological Disorders and Stroke.

At the early stages of this disease, zombie-like characteristics such as behavioral changes and lack of coordinated muscle movements are often seen. Other symptoms associated with early Creutzfeldt-Jakob disease include visual disturbances and memory loss. As the brain disorder progresses, blindness, involuntary movements, and mental deterioration become more pronounced. Finally, the patient succumbs to the disease, becomes comatose and later perishes.

Running amok is a rare, culture-bound syndrome (usually found in Malay tribes) that causes an affected individual to act irrationally and cause havoc. People who experience having running amok usually acquire temporary indiscriminate and mentally unstable behavior with homicidal and suicidal thoughts. They also often cause multiple fatalities and injuries. The occurrence of running amok in the modern world is almost unheard of, and reports about this unusual psychiatric problem stopped around in the mid-20th century.

People with neurofibromatosis, a genetic disorder that causes tumor-like cell growth in the tissues of the nervous system, are feared for their appearance. Neurofibromatosis causes the appearance of numerous neurofibromas (the soft bumps usually caused by benign nerve tissue tumors), the development of larger than normal head circumference, development of bone deformities, and short stature. Neurofibromatosis is actually non-infectious, therefore, there is really no reason for you to avoid people with this kind of health issue. The Children’s Tumor Foundation states that neurofibromatosis is the most common single-gene associated neurological disorder and one in every 3000 babies has this nerve tissue problem.

The first symptoms of necrotizing fasciitis are often confusing. Pain and muscle soreness are often the first complaints of patients with this problem. The skin then becomes warm and red and sometimes purplish. Ulcers and blisters then erupt on skin surfaces – which cause the zombie-like appearance. Fever, tiredness and sometimes vomiting may then occur, causing patients to seek the help of their physicians. There are 650 to 800 cases of necrotizing fasciitis in the United States every single year, however, this figure is most likely an underestimation since some cases are probably not reported.

Yaws is a chronic infection that affects the skin, joints and bones. The bacteria Treponema pallidum causes yaws. Treponema pallidum is a cousin of syphilis but unlike the latter, Treponema pallidum is not sexually-transmitted. You can acquire yaws by direct contact with those who have yaws skin sores. Two to four weeks after this initial contact, an initial sore called the “”mother yaw” develops. This sore is usually non-painful but itchy. Other sores appear after the mother yaw heals. These multiple sores often cause people who are infected to look like zombies.

Other symptoms of yaws include swelling of the bones and fingers, bone pain and scarring of the skin. In the advanced stage of yaw, the bone and skin sores usually result in disability and severe disfigurement. However, people who do not receive proper antibacterial treatment are the only ones who develop the advanced stage of yaws. Africa, Asia and the Pacific Islands have the highest incidence. 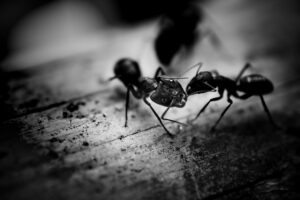 If you have tried playing the game “Plants vs. Zombies” before, then this fungus will leave quite an impression to you. Scientists lie in agonizing fear of when Ophiocordyceps unilateralis, a type of fungus seen in ants, will start cross-infecting human beings. Ophiocordyceps unilateralis knows exactly where its host’s brain is located, controls it and induces its host to have biting tendencies – that is why experts now call it the “zombie ant fungi.” Luckily, mankind does not encounter any fungus that behaves like Ophiocordyceps unilateralis yet, and hopefully never. But we’ll have to wait to find out…