For the first time in the history of war, I fielded the deployable electronic healthcare record (EHR) to Operation Iraqi Freedom for service members’ healthcare documentation in the Theater. As the former Program Manager for the MC4 information technology acquisition program, I aided in the development and implementation of Army and Joint medical software applications to all deployable medical units.

When Frank and I visited a hospital in the Theater in support of DHIMS/TMIP where I served as former Program Manager, we heard “incoming” for what seemed like every hour. They grounded 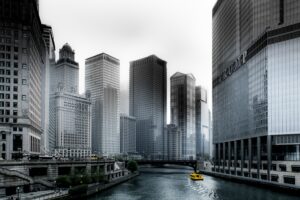 all flights as a result, although we needed to return to our original location. We did have the option to ride the “Rhino” across the infamous “highway of death” to return. There I was, staring at the Rhino with others waiting to leave. “What are all those dark spots on the Rhino?” I asked them. “Explosions,” they said, “but no one died or was injured.”  I thought, “What about traumatic brain injury?”  For those concerns, I didn’t end up riding the Rhino

Traumatic brain injury or TBI is a term used for injuries where external force traumatically damages or injures the brain. This should not be confused with head injury, a broader term that includes injury to structures other than the brain, such as the skull or scalp. TBI is usually classified in terms of mechanism (closed or penetrating) or severity.

Unfortunately, TBI are not a rarity when it comes to military forces. The nature of military jobs sets aside a capacity for such injuries to take place, especially for ground forces. In fact, the recent operations of US military forces in Afghanistan have seen quite a few injuries reported. From 2010 to 2013 (Q2), a total of 280,734 cases of TBI have been reported of all types of severity, by US forces operating worldwide. As the statistics reveal, the majority of such injuries are of mild severity (231,386 or more than 82% of total reported cases). Only 2,831 cases or just 1% of the TBI reported are of a severe nature. More than 22 thousand of such reported cases have been of moderate nature, and close to 20 thousand cases have not been classified into any category. 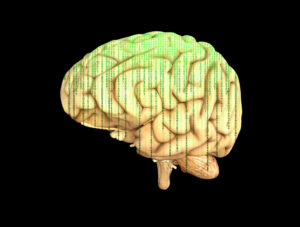 Based on mechanism, only 4307 of the reported cases of TBI have been of penetrating nature while others have been closed injuries. These closed injuries are invisible wounds of the war, quite common among injured troops in Afghanistan and Iraq. Invisible injuries should be examined thoroughly to rule out any complications since unlike wounds, these may get ignored during the action.

Mild injuries or concussion can lead to a disoriented or confused state that may last less than 24 hours. It may also lead to loss of consciousness for up to 30 minutes and memory loss that could last for less than 24 hours. In the case of mild TBI, the MRI or CT scans images yield normal results.

Moderate TBI is characterized by a disoriented state that lasts more than 24 hours, loss of consciousness for a period lasting more than 30 minutes but less than 24 hours, and memory loss lasting for more than a day. In moderate cases, the CT or MRI imaging may result in normal or abnormal results.

Penetrating TBI is a head injury in which the outer layer of meninges (the duramater) are pierced. The penetrating TBI could be due to any projectile or object hitting the skull and lead to brain injury.

Traumatic brain injuries reported by US military forces, are more commonly reported by Army personnel (nearly 58%), followed by marines, then Air force, and then Navy. Also, as per the statistics released by the Department of Defense, instances of TBI in Army have grown four folds over the last decade. However, the majority of these injuries are of a mild nature.