Welcome to the future – it’s here whether you’re ready or not.  Times sure have changed and it seems things keep getting easier and easier.  Who knew that one day you would be able to send a picture or a message in seconds to someone right next to you or someone in another part of the country or pick up your groceries without getting out of the car?  I don’t know about you, but it sort of makes me wonder – and sort of question – what the world may be coming to.  Which brings up the mystery of cryonics, and what is that you might ask?  Cryonics is essentially a way to preserve the body of an individual that has recently deceased despite all attempts made by contemporary medicine.  This process involves preserving those bodies of individuals recently deceased in low temperatures with the hopes that the future of medicine will possibly revive them and restore their health (Moen, 2015).  Let’s unravel this mystery!

Cryonics is a process that is typically laughed at and viewed with quite a bit of suspicion.  Its concept was introduced in 1962 and is becoming more and more possible with the advances in 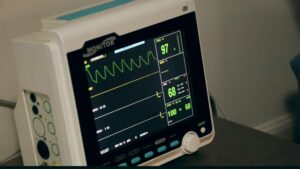 medicine and technology and the continued increase in the life span.  It may seem virtually impossible to revive someone who has already deceased, however after death and even after the heart stops beating, the majority of the body’s tissues remain intact at the cellular level (Cryonics Institute, n.d.).  At that time is when cryonics comes into the picture with its goal being to halt the process of tissue death by cooling and preserving the body for the future of medicine where medical professionals may be able to repair and replace the dead tissues and maybe even entire organs to allow the individual to function once again (Cryonics Institute, n.d.).

Of course, the ideal scenario has to take place for cryonics to have the best possible chance of working.  This scenario would involve an individual dying in the hands of medical professionals and as soon as the death was legally pronounced, the cryonics preservation process would have to begin.  The process begins by cooling the body to just above zero degrees Celsius while respirations and the heartbeat are artificially maintained by a mechanical ventilator, and then a medication called heparin will be injected to avoid coagulation of the blood and protection of cells 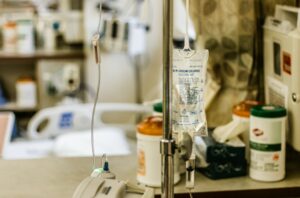 (Moen, 2015).  Heparin is a medication that is administered based on the weight of an individual, so the doses will vary.  Then to continue to cryonic process, a cryoprotectant – or an antifreeze solution – will be infused to perfuse throughout the body of the individual in order to prevent fracturing when their body reaches the subzero temperatures (Moen, 2015).

Cryonics is similar to how emergency situations such as cardiac arrest are handled anyway, because if an individual is resuscitated – or brought back to life – by medical personnel from an emergent situation, their body is best preserved if it is cooled to a certain temperature to preserve their brain function and give them the best chances at resuming their normal functions once they become conscious again once their condition begins to improve.  This cooling process involves everything from turning the temperature down in the room where the individual is, to placing ice packs next to various areas of the body such as under the arms, in and around the groin, etc.  What’s crazy is that humans have been restored to life and able to function at their norm after being completely submerged in cold water for up to 66 minutes, mainly because the cold helped to preserve the function of their vital organs once medical personnel were able to provide resuscitative measures (Moen, 2015).

Now that we’ve unraveled the  mystery of cryonics and what all it’s cracked up to be, you may still be thinking it is still a very far-fetched idea, and that is fine because most individuals are still choosing the traditional routes between burial and cremation as their plan after death.  However, the choice of cryonics is there and will likely be more prominent in the future as to how individuals choose to forego their life after death.  Some people will stand firm in their belief that they have lived their best life and will still choose the more traditional burial routes and be against coming back into the world, while others may choose cryonics for that possible chance to breathe again, catch up with their family, and see what they have missed since they’ve been gone.  Ultimately, cryonics is an innovative concept that holds out the promise of a second chance at life where one would have the chance to experience renewed health, vitality and youth all over again

– what will you choose?