You may have read about it in the papers recently – the Ebola virus is affecting people in Africa and is spreading fast. The concern of course is whether this virus will soon reach the Western world and how it may impact the public. There are many myths and rumors that are being spread about the virus so we thought we would talk briefly about the Ebola virus itself and demystify facts and fiction to give you a clear picture of what to expect from this virus.

The Ebola virus is a virus that falls under the category of ‘filovirus’. There are five categories of the virus that have been described so far and these include – 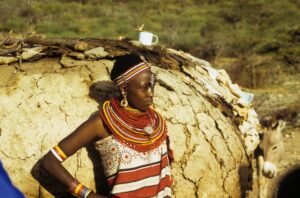 Among these, the Zaire Ebola virus is believed to be the worst. Currently, there are no reported cases of Ebola virus in the United States. However, the World Health Organisation reports rising incidence in African countries primarily Liberia, Siberia, Guinea and Sierra Leone. As of a few days ago, the first case of Ebola virus infection was reported in Senegal.

How does Ebola virus spread?

The Ebola virus affects humans through direct contact. For example, if a human comes in contact with an animal that has the virus, they may pick up the virus and experience clinical symptoms and signs suggestive of Ebola virus fever.

It is important to note that the Ebola virus does not spread through air or through droplet infection. In other words, it does no spread like the flu.

Individuals who have been infected with the virus and who have not demonstrated any symptoms are not infective and cannot affect others. However, once the symptoms develop, the virus is contagious through contact. The contact required is not just simple casual touch but has to be contact with infected secretions such as the blood, diarrhea and vomit of the patient. Touching an open wound of an infected patient can also spread Ebola virus.

It is for the above reasons that the Ebola virus has so far has primarily affected healthcare professionals who come in direct contact with infected and symptomatic patients. Family members must be aware that handling a corpse that has died from Ebola virus can also spread the virus and is therefore not recommended.

In individuals who have survived Ebola virus infection, sexual intercourse during the recovery period can spread the virus and should therefore be avoided. 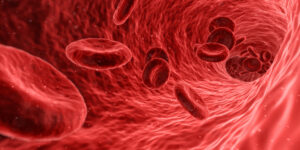 Once the virus enters the bloodstream, it can lie quietly in the blood for up to 3 weeks without producing any symptoms. However, a majority of individuals who are infected show clinical signs and symptoms 8 to 10 days after infection. The symptoms can rapidly progress over 24 to 48 hours.

The common symptoms that patients with Ebola virus infection experience include a very high fever around 103 to 104°F, fatigue, tiredness, headache and sore throat. When the infection becomes severe, patients start to vomit profusely and can have severe diarrhea.

As the infection progresses, abnormalities start appear within the blood tests. Primarily, there is a decrease in the platelet count which is called thrombocytopenia. Platelets are blood cells that are responsible for blood clotting and a reduction in the number of platelets can predispose an individual to develop bleeding from different sites. For example, bleeding can occur from the gums, nasal cavity and oral cavity.

With the ongoing infection, the vital organs start to shut down. The kidney begins to fail and the blood starts to form clumps within the circulation (a condition known as disseminated intravascular coagulation). A large amount of fluid and blood volume is lost and patients can become extremely dehydrated and unwell.

Individuals who develop serious infection do not survive beyond 10 days of infection. If the patient survives over 14 days, they tend to have a better prognosis.

It is difficult to diagnose

The primary problem with the Ebola virus is that there is insufficient clinical research conducted so far that can help physicians diagnose the problem early. Given that the symptoms can be similar to any diarrheal illness, suspecting Ebola is a rather uncommon especially in places where the disease is not endemic. These days, due to the increasing incidence of the virus in Africa, any patient who is admitted be high fever is suspected to have Ebola.

Currently, there are no reported cases in the United States and the risk of developing Ebola is also rather low. Precautionary measures are in place to ensure that travellers who are returning from African countries do not have the virus. 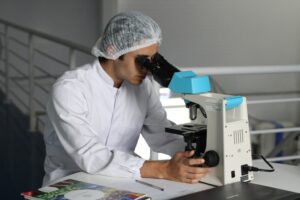 Unfortunately, only supportive treatment i.e. intravenous fluids and blood and platelet transfusions are currently recommended for the management of Ebola. Drugs that work by affecting the
genetic composition of the virus are showing some promise but are yet to be studied in detail. Research is being conducted to find a vaccine that will prevent this condition. Patients who survived the Ebola virus infection take months to recover completely. Nutritional support is important and maintaining adequate hydration is essential.

This blog is not intended to diagnose, treat, cure or prevent any disease. This blog is for information purpose only.  As always, please consult your healthcare provider if you have any health concerns and certainly before starting a treatment program.