I Was Part of the Problem

I Was Part of the Problem

More than 70 years ago, Alexander Fleming discovered penicillin and set in motion a medical revolution. Since then several antibiotics, antiviral and anti-protozoal medicines were introduced that worked so well to cure deadly diseases. Antibiotics transformed medical care and dramatically reduced illness and death from infectious diseases. However, it has been found that these wonder drugs are losing their effectiveness because of anti-microbial resistance. Antibiotic resistant bacteria are bacteria that cannot be controlled or killed by antibiotics because of a slight change in the original bacteria from a spontaneous genetic mutation or from the bacteria acquiring drug resistant genes over time. When antibiotics are over used, the drug resistant organisms can then begin to thrive, creating the need for newer antibiotics that target the new resistant strains of bacteria. 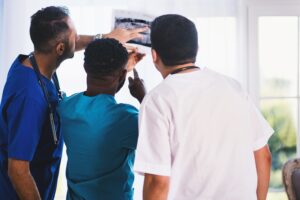 I was part of the problem.  It was considered generally acceptable practice several decades ago and I was guilty of over-prescribing it then as with many of my comrades…and there are no excuses.  There was a new “hot” antibiotic coming out every month and the drug reps were there quickly to educate you on the benefits.  Armed with that knowledge, it seemed like the clinical community simply “one upped” each other particularly in urgent care and emergency care.  If you prescribed a Zpack, the next office would prescribe a TeqPack.  The problem is that these patients didn’t need antibiotics but we gave it them anyway.  Mounting pressures grew from not only peers but from the patients.  I vividly remember the angry parent when an antibiotic wasn’t part of your treatment plan…it was just expected.  If you weren’t the ones prescribing it, your peers were and this simply made you look bad.  To make things worse, patients would get better after taking these antibiotics.  Well, it had nothing to do with the antibiotics as much as it did the viral syndrome just running its course.  However, patients would associate a cause and effect which reinforced this demand for antibiotics even when not necessary.  Can you blame them? Good practitioners understood the dangers of prescribing unnecessarily and educated their patients of these risks. It worked for many, however some just ended up “doctor shopping” to get antibiotics they believed were necessary when not indicated or supported by evidence.

Fast forward several decades and we are still feeling the impact of this poor practice.  Reviewing some of the literature we are making progress however, there are still many who continue to over prescribe antibiotics when not indicated.  Yes, the pressures are still there particularly with patients who continue to expect antibiotics but we were the cause of that, not the patients.  So we have to fix it and we are making progress.   I took my son in for care the other day and he was diagnosed with a viral syndrome.  The doctors said something interesting.  He said this visit was important.  Not for medications as he explained that the viral syndrome would run its course and most of what was provided was education rather than medication.  He did say this visit was important because it’s a chance to educate the young on how viral syndromes get treated, what to watch for and when to seek care.  He said this is represents a chance to change the expectations of a new generation and correct the overuse of antibiotics so we can better heal those in need.  I smiled and under my breath said “Amen”.  Antibiotic resistance is a serious health concern. It requires combined effort of medical authorities and general public to handle the situation. 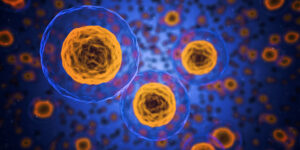 The golden age of antibiotics proved to be a short-lived one. Over the last few decades, it has been observed that most infection causing bacteria are able to survive and even multiply in the presence of antibiotics. Some bacteria have become resistant to almost all of the easily available antibiotics. These bacteria are able to cause serious diseases and this is a major health concern. If a microbe is becoming resistant to one or many drugs, treating infections in children as well as adults would be difficult. As antibiotic resistant bacteria spread very quickly from infectious people to healthy ones, threatening the community with a new strain of infectious disease that is more difficult and expensive to cure. Therefore, antibiotic resistance is a major health concern for CDC, and CDC has been taking proactive steps to tackle the problem.

Some of the ways to prevent antibiotic resistance are-

This blog is not intended to diagnose, treat, cure or prevent any disease or to prevent the use of antibiotics when your healthcare provider deems necessary. This blog is for information purpose only and we encourage you to learn more about antibiotic resistance from the CDC http://www.cdc.gov/drugresistance/threat-report-2013/pdf/ar-threats-2013-508.pdf which this blog post is not affiliated or associated with.  As always, please consult your healthcare provider if you have any health concerns and certainly before starting a treatment program.