Internet of Things Changes Healthcare As We Know It

Internet of Things Changes Healthcare As We Know It

By the year 2025, just the United States will be facing a shortage of 124, 000 physicians, while countries within Asia and Africa will fare far worst. To top it off, inefficiency and hospital errors currently result in 50,000 deaths per year and billions of dollars in damage. Envision the consequences over the next 50 years if this system doesn’t evolve. 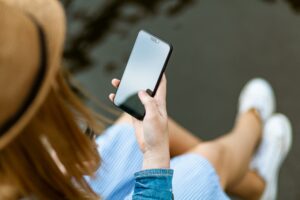 Our healthcare ecosystem is in a serious need of moving from the old “mainframe health” paradigm, which emphasizes a centralized, hospital-centric and costly vision, to a new “personal health” paradigm, focusing on a data-rich, home- and consumer-centric path. With advances in telecommunications, microelectronics, sensor manufacturing and data analysis techniques, step one of this movement towards this path of progress begins by adopting into their architecture a revolutionary technological change: Internet of things (IoT), the glue that interlocks all these advances.

The concept of IoT involves the use of electronic devices that capture or monitor data and are connected to a private or public cloud, enabling the automatic triggering of certain events. Think of the garage door that is signaled to open when an owner is nearby or the refrigerator that senses when you are about to run out of cheese and sends a shopping list with those items to your iPhone via text.

Now, imagine such an application within a hospital setting: (a) smart rooms with bedside consoles that allow patients to control everything from lighting to speaking directly with a nurse, from being able to order their evening meal to getting reminders of the day’s appointments; (b) smart beds that would be able to detect when they are occupied or when a patient is attempting to get up, and have the ability to adjust themselves to maintain the appropriate pressure and support that the patient needs without manual interaction from the staff. 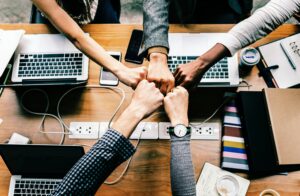 An estimated 30 billion devices will be part of IoT by 2020, the potential market size reaching nearly $3 trillion by that same year. With this rise of IoT, it wouldn’t be surprising to see a majority of care being delivered virtually, with 24/7 diagnostics monitoring from various devices such as phones, wearables, and even implantables. The convergence of this sort of implantable wireless sensor technology, ubiquitous broadband cellular wireless technologies, the internet and real-time computerized data would allow physicians to track vital signs of patients in addition to metrics such as blood sugar and receive alerts in dire situations. The wireless revolution would enable care to be extended to a patient regardless of physical or geographic location, thus providing the right care at the right time for lower the costs.

The evolution of the healthcare system, however, is not only restricted to the implementation of these technologies. The shift involves urging Congress and the administration to embrace new healthcare models by undertaking arduous policy decisions, starting with requiring data standards for connectivity and interoperability. IoT will lead to the aggregation of immense amounts of data from patient records, sensors, labs, social networking in real time, etc. But clinical decisions can only be made if this data can be analyzed involving standardized data formats. Policymakers would need to move towards strengthening current requirements for data exchange among EHRs and these IoT solutions.

The Internet of Things is only going to grow and steadily change healthcare as we know it. Connecting telemedicine with devices that have the capability of connecting healthcare providers, medical practices, and healthcare systems have immense potential. The next 50 years in healthcare is certainly going to be a time for change.