“It is urgent. We need interoperability to allow us to transform healthcare. The public is demanding it, government is demanding it. We need to move healthcare into the community. We’ve got the right players involved in coming up with the solution.” -Stephen Jones, CEO of Robert Wood Johnson University Hospital

Interoperability in healthcare is crucial to the life of each and every patient. The ability of two medical devices or elements to share information about patients’ records, and use that data for further processes is essential for medical professionals and patients alike. The whole process does not have any major drawbacks; however, many difficulties still stand within governments and organizations before benefiting from this idea. A major research study by the Department of Human Health and Services states 20% of preventable medical errors are caused by the lack of immediate access to health information. Thus, if healthcare interoperability can help prevent inaccuracies, why is it not being correctly implemented, and how can that be solved? 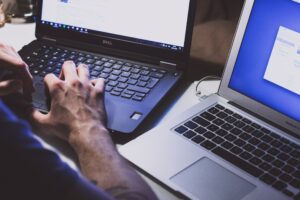 That is its main challenge. When humans are using technology, they can understand the results even when they’re vague, redundant or ambiguous. But the computer system does not cater anything that is out of its limited memory. The use of different nomenclatures, vocabularies, thesauri, or ontologies in different devices makes it quite difficult to be understood or analyzed. Because there are so many departments involved, it remains an issue as to how information can be shared and compiled in one particular form.

Secondly, unawareness of its benefits impedes the effectiveness of interoperability. Clinics, doctors, and other medical departments are not fully aware of the ease it provides with their work, and the efficiency it may bring into their systems. Consequently, they continue to follow their standard ways of operation. This has also resulted in lack of demand for more advanced equipment and IT-related products, hence discouraging the industries producing them.

A lot of hospitals and clinics around the world, especially those in developed countries, use modern operations but only one third of hospitals that could be integrating medical devices with their EHR actually do so. The main reason they fail to apply interoperability are the huge costs they may bear. The price could as much as $6,500 to $10,000 per bed in one-time costs, plus annual maintenance fees.

The governments and medical departments that do realize the significance of interoperability admit that the most important step is to spread awareness about its benefits to doctors, patients, and the industry as a whole.

Lastly, all industry stakeholders should recognize the additional barriers to interoperability, including core technical standards, clinical and cultural aspects of healthcare, or privacy and security protections, and take charge of identifying potential solutions. 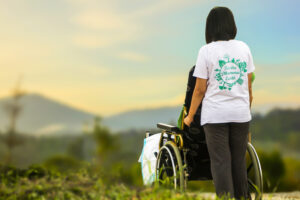 One solution to the problems of medical interoperability is the adoption of a common mark-up language for storing EHR, which is already being considered by the HHS Office of the National Coordinator for Health IT (ONC) and other groups.

The implementation of these solutions can undoubtedly have massive impacts on the health industries all over the world. The provision of authentic and up-to-date information to the patients will greatly reduce medication errors and confusions among them. This will also ensure better understanding among the patients about their health problems. Moreover, the efficiency of the whole system tends to increase drastically due to the decreased amount of times data entry and extraction would be completed, reducing the paper work and saving time. Greater efficiency along with reduced need for infrastructure reduces costs and increases revenue. A recent study of 180,000 outpatients and 800 clinicians that had adopted EHR found that the overall cost of outpatient care was reduced by 3.1%.

One software in particular has attempted just that. The Veterans Health Information Systems and Technology Architecture (VistA), an information system built around an EHR, is used throughout the United States Department of Veterans Affairs (VA) medical system. It consists of approximately 160 integrated software modules for clinical care, financial functions, and infrastructure. VA in connection with the Department of Defense has outlined these goals:

Veteran Affairs also aimed to establish its new system at two locations by September 2014 and the Department of Defense intended to do the same by the year 2014. They have the plans to initiate effective collaboration of their joint health system and give a rise to interoperation, and hopefully set an example for others to do so too.