After the horrors of war, many soldiers and servicemen find themselves facing another battle: post-traumatic stress disorder (PTSD). In the past, PTSD was a poorly understood mental health problem and it is regrettably one of the major disorders affecting war veterans today. It has been found that one in every five veterans suffers with this anxiety disorder and struggles to reintegrate back into society. This “invisible wound” that war veterans—as well as many others— suffer from affects the social, professional and personal life of the person, and disrupting the lives of their families and loved ones, too. 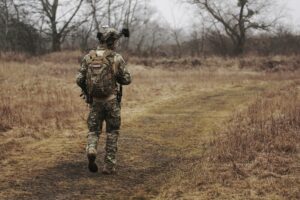 rious and potentially debilitating condition that can occur in people who have experienced or witnessed a natural disaster, serious accident, sudden death of a loved one, violent personal assault or any other life-threatening events. About 25 percent of people who are exposed to traumatic events develop PTSD. An estimated 7.8 percent of Americans will experience PTSD at some point in their lives, with women (10.4%) twice as likely as men (5%) to develop the symptoms of PTSD.

The symptoms of PTSD may appear gradually over a period of days or months or immediately after traumatic experiences. The condition can be characterized a number of symptoms:

According to statistics, 300,000 of the 1.7 million veterans who served in Iraq and Afghanistan (17 percent) suffer from post-traumatic stress disorder. Out of the 300,000 affected, nearly 13,000 of Iraq and Afghanistan veterans have the alcohol dependence syndrome. Statistics from the Vietnam War yield even higher percentages

of psychological damage. More than half of all Vietnam veterans have experienced clinically serious stress reaction symptoms. Moreover, a survey done at Vietnam era through Iraq war states that 63 percent to 80 percent of combat veterans with PTSD have sexual problems and the longer someone has untreated PTSD symptoms, the likelihood of developing drug or alcohol problems increases, too.

The treatment of PTSD involves psychological therapy along with counseling, with doctors sometimes recommending group therapy and exposure therapy to easy the symptoms of post-traumatic stress disorder. In some severe cases, medications are prescribed to handle the symptoms. The sooner a diagnosis of PTSD is made, a quick recovery is more likely than if the disorder goes untreated. Unfortunately, it has been found that 50 percent of those with PTSD do not seek treatment.

There are a number of reasons that cause veterans to avoid seeking treatment, many of which are triggered by concern for disrupting their lives. Reasons may include fear that they will lose respect within colleagues or bosses, fear that this will affect their career growth, worry about the side effects of medications, and concern about the cost of therapy. Several post-traumatic stress disorder programs have been organized to help military veterans seek proper help and treatment. These programs help those afflicted by PTSD learn the ways to deal with painful thoughts and feelings associated with the traumatic event. Offices for PTSD recovery programs offered through the Department of Veteran Affairs can be found here.