Overtime, there have been a lot of myths surrounding the legality and usage of medical marijuana. This is due to the many healing potentials that scientists have ascribed to some of the chemicals in the marijuana plant. In this article, we aim to provide some basic facts about medical marijuana so you will be able to separate facts from myths.

Of course, in recent years, there have been enormous debates globally pushing for and against the legal uses of medical marijuana for medical purposes. The argument about its enormous 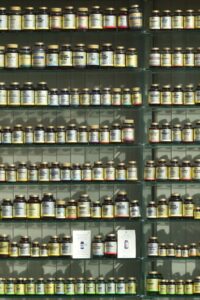 medicinal benefits has led about 33 states in the U.S. to legalize medical marijuana for medicinal purposes. But, the U.S. Food and Drug Administration (FDA) is yet to approve marijuana plant for commercial medicine. This is due to the fact that the FDA requires carefully conducted studies (hundreds to thousands clinical trials) in human subjects to determine the benefits and risks of a possible medication before authorizing it commercial uses. The fact remains that available evidences from researchers and scientists are not sufficient to warrant FDA approval of marijuana plant for commercial medicinal uses.

What Research Is Being Done For Medical Marijuana?

Medical researchers and scientists are already conducting preclinical and clinical trials with marijuana and its extracts to determine its efficacy in treating symptoms of illness and other medical conditions. Currently, THC and CBD are the two main chemicals (cannabinoids) from the marijuana plant that are of medical interest. It has been acclaimed that medical marijuana can be found useful in the treatment of pains, nausea, muscle spasms, anxiety, multiple sclerosis, low appetite, sleep problems, autism, epilepsy (seizure disorders), Alzheimer’s disease, and other conditions.

Although some states in the US are already legalizing the use of medical marijuana as an alternative therapy for curing a number of ailments, there is need for further scientific studies to ensure safety of users. Since the marijuana plant contains chemicals that may help treat a wide range of ailments, continued research may lead to the discovery of more medications and FDA approval.