Personalized Medicine and the Gattaca Effect

Home » Personalized Medicine and the Gattaca Effect
Previous Next

Personalized Medicine and the Gattaca Effect

The mapping of the human genome in 2003 opened a door to many possibilities. From 1990 to 2003, the entire human genome was planned out in an effort to recognize what these genes do. Since then, we have discovered many of their functions, such as the gene for many illnesses, cancers, obesity, hair color, eye color, and even for some aspects of intellect. Once we know their purpose, then we can attempt to manipulate them in the treatment of certain diseases.

Although it sounds benevolent, companies looking for profit can use this information for sinister purposes. For example, imagine having the perfect child. Disease free, tall, strong, intelligent, and with the physical characteristics of your choosing. This is what has been offered by some companies. Who wouldn’t sign up? Still, this creates an ethical dilemma.

When news that “designer babies” were being offered, there was uproar. For this reason, lawmakers in many countries voted in many tough restrictions to prevent the “Gattaca” effect. Companies like “23andMe” now have the technology called “gamete donor selector” that would allow couples to have their sperm and egg genetically analyzed for specific traits ranging from height, eye color, risk of colon cancer or heart disease, to athleticism and the amount of health care costs their sons or daughters could expect to ring up over their lifetimes. Based on that information, they could find the right genetic combinations between them to produce their desired child — a blue-eyed, six foot tall, cancer-free, athletic future Olympian, for example. The company denies this and states that it only provides the calculation for the parents, without the option of selecting certain traits for their child. If you ask me, that’s too close for comfort.

So what’s the problem? Why can’t we all just do this and just have a society of perfect humans populating the earth? Well, not many have $50,000 lying around. Without even that quantity, you can’t get the most basic of services: in vitro fertilization – which would decrease the risk of miscarriage and pregnancy abnormalities, and possibly allow sex selection of the child. Imagine the cost of selecting all the other child’s traits. Most of the population would not be able to afford a designer baby if it were available on the market, leading to conflict with wealthy families having athletes, Harvard grads, beauty models, doctors and lawyers, as the middle and lower classes of society contend with just good old fashioned regular meiosis.

Thus, what becomes of the children of the regular class? How could they compete with designer babies selected for perfection? They would likely fade away in the background while the children of the wealthy were in the spotlight, achieving Olympic medals, Nobel prizes, and having their names in the history books. The best that your generic, non-designer baby could hope for is a job as an assistant, janitor, or manual labor worker. With that in mind, this concept is starting to sound like the movie “Gattaca” which is based entirely on this concept.

If the above scenario concerns you – and I pray that it does, then we as a society must be vigilant and prohibit the manipulation of human beings for the sake of profit. This is difficult to do in a 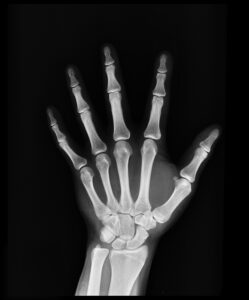 society where even known carcinogens are sold to children for the sake of profit. We must pressure our elected lawmakers immediately at any hint of passing designer babies off as “good for society and business”. The conspiracy theorist in me has a bad feeling that designer babies may already be among us. What company can resist the offer of possibly millions of dollars by the super rich? Could little Timmy’s classmate – the one with the highest scores, fastest in the class, taller and more developed than all the other kids – could his wealthy parents have paid for these traits? Who knows. But the technology is out there, and I have never heard of a technology that was available but never used. Even nuclear weapons – the most unimaginable weapon of mass destruction – have been used on humans. I would not be surprised if at some point in the future, a company discloses that it has been making designer babies for profit.

So where do you stand? Do you have the money for it? If so, would you want to go through with it, or just let society develop on its own without interference? Think about it, because some day, you may have to make that decision. And if you have some spare time, I recommending watching the movie Gattaca. As unsettling as the movie is, it may be a real possibility sometime in the future.