The Mystery Behind Gene Editing

Home » The Mystery Behind Gene Editing
Previous Next

The Mystery Behind Gene Editing

Ever sit back and wonder what exactly makes you, you?  I’m sure we all have at one point or another.  The human body, how it develops, how it changes, and just all that it is capable of is absolutely amazing.  Although we are all formed with the same structure in mind as far as organs, extremities, and the important things go, we can thank our genes for the reasons why we are actually so different from the person next to us.  So what would happen if our genes were able to be edited, or changed?  Would that genetic disorder be corrected?  Could inherited disorders be stopped in their tracks?  Would that disease be able to be cured?  Or, would we just be able to create more superior human beings for the benefit of the entire human race?

Gene editing is a process that allows researchers to precisely edit or change the genetic code of their intended target.  Gene editing gives researchers the ability to add, replace, or delete letters in the genetic code itself to achieve the goal they are hoping for.  The process of gene editing involves making cuts at specific sequences of DNA with enzymes referred to as “engineered nucleases,” which function to add, remove, or alter DNA in the genome in order to change the organism to their liking (National Human Genome Research Institute, 2017).  Basically, gene editing interrupts the natural DNA of the organism, resulting in unnatural changes that affect the organism as a whole, with hopes to gain a positive result and with the right combination of alterations to make the organism more superior than it was naturally intended to be (National Institute of Health – U. S. National Library of Medicine, 2019).

This whole idea of gene editing may sound completely out of this world and very confusing at this point.  However, gene editing has the potential to do astounding things for individuals if used correctly.  This process, along with the continued advancements in technology and research, could virtually cure diseases and ultimately increase the human lifespan.  The downfall of gene editing is that it brings several ethical concerns along with it related to the idea of the process and how it is performed.  Ethical concerns are raised because let’s think about it, is altering an organism from how it is naturally intended to be really the right thing to do?  Is gene editing safe?  Is it only going to be offered and available to those who are wealthy?  Should human embryos be approved to use for gene editing research?  The list of questions and ethical concerns could go on and on.  One must be firm in their beliefs if ever faced with the decision to take part in gene editing in order to make the most informed decision as to whether or not they want to go against nature with the hopes of having the chance at a more superior way of life. 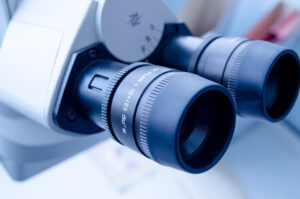 Ever seen the movie Gattaca?  It is a 1997 film that portrays the “not too distant future,” and what it may be like if humans were able to alter their genetic make-up to change the way they were born and how they may be discriminated against because of their choice of going against their natural genes (IMDb, n.d.).  The film also portrays the “dark side” of gene editing by actually showing what it may be like if the human race were able to freely edit their genes to an unnatural level so that they could essentially have the “perfect combination” by dictating things such as their looks, how long they will live, what their strengths and weaknesses would be, and so on.  In the film, a genetically inferior man assumes the identity of a superior one in order to live out his lifelong dream (IMDb, n.d.).  However, even though the man had “superior” genes he did not realize how he would be affected by the environment.  The relationship between ones genes and the environment is extremely important because no matter how superior or inferior the genes may be, how the individual fits into their environment and the choices they make ultimately make them the type of person they are.

Now that gene editing is a little easier to understand, what are your thoughts?  Where would you stand if you were faced with the decision to be a part of the process?   If gene editing were possible for you, would you alter yourself, your unborn child, or be involved in the editing process of someone you knew?  Gene editing does give the possibility of hope for a longer, possibly eternal life free from disease and genetic disorders, but is it really worth it to live in an unnatural way?  Gene editing is something that has many gray areas and those who take part even in just the discussion of the process have to be mindful that everyone is entitled to their own opinions and should be respected.  With the way technology and the healthcare industry continues to quickly evolve, gene editing could easily be reality before we know it so it’s best for us to be as educated as possible on how it works.