As a little girl growing up having to help my mom prepare the house for the next hurricane that was coming through, I could feel the difference in the air.  Summer took on a different meaning and the concern that emanated from all around was intense, often times scary for me; as I did not know what to expect.  How big would this storm be? How much damage could occur? All questions that hung on the lips of all who prepared for its possible wrath. I still remember the smell of wood that represent boarding up windows and doors.  Anything loose that was outdoors would immediately need to be brought in to prevent projectiles being slung through the air. The grocery store aisles would soon empty as non-perishable foods, batteries, candles were in demand by all.

I remember having a friend in elementary school that lost everything in the strongest storm that I could remember to hit south Florida, a category 5 hurricane in Miami, Hurricane Andrew. With nowhere to live, her family was forced to move north to foreign Floridian shores with extended family.  Finally having settled in Melbourne, Florida, where I was lucky enough to meet her, it was clear that she was a special person. At that time I didn’t understand the complexity of what she went through. However as she recounted her story the fear and hardships became aware to me. Many of stories told throughout this blog shed light to the hardship she must have endured. Natural disasters are typically defined as earthquakes, volcanic eruptions, floods, tidal waves, and destructive winds – hurricanes, cyclones, tornadoes, etc. (Emergency Health Management After Natural Disasters) Here are my top 10 Natural Disasters of recorded history.

This series of floods hit central China in 1931. The region had dealt with drought conditions for three years prior to being hit by major snowstorms in the winter of 1930. The eventual melt of that snow, coupled with heavy rains in July and August of 1931, caused the flooding. There were rain totals of two feet in one month in one area. Both the Yangtze River and the Huai River flooded during this time. The number of victims varies drastically – anywhere from 145,000 to 4 million people. Many of the victims drowned, while others died from diseases carried in the water. There are even reports of hundreds of thousands of people drowning while they slept after flooding washed away the dikes in the Grand Canal. The flooding was so severe that the water level was marked at 53-feet above normal in Hankou.

An estimated 900,000 people were killed when dikes along the Yellow River in China flooded in 1887. The area is prone to flooding, but none others as bad as this instance. Around September 28th of that year the dikes in Huanyankou are believed to be the ones to break. The river was running so high the water spread throughout the region quickly. In all, about 50,000 square miles of China were covered in water. Entire commercial and agricultural communities were washed away. Many were killed in the initial flood, but many more died later. About 2 million people were left homeless from the floods. Many of them died from illness and a major lack of food and water. With the entire region wiped out, there was simply no way of sustaining life.

In January of 1556, an estimated 830,000 people were killed in the deadliest earthquake ever recorded. About 520 square miles were destroyed by the quake, affecting 97 counties in China. Locations up to 310 miles from the epicenter of the earthquake saw damage from it. Some towns saw more than half of their population killed. During this time in the Ming Dynasty, millions lived in homes that were artificial caves made of soft clay. The earthquake caused these dwellings to collapse on the victims – some trying to escape them during the event. Huge cracks opened in the ground, going as far as 66-feet deep. Massive landslides were also triggered by the earthquake and the cause of many deaths. Some cities saw every single building destroyed. The impact of the earthquake has been estimated to have been about an 8 magnitude on today’s scale. About 60 percent of the area’s population died and the financial destruction was beyond calculation. There were aftershocks felt for six months following the earthquake.

The deadliest earthquake of the 20th century struck on July 28, 1976 in the People’s Republic of China. The death toll numbers vary greatly and are reported to be between 242,000 and 779,000. The vast difference in numbers in a more modern disaster may be due to the areas taken into account. Tangshan was the epicenter of the earthquake, which happened along the Tangshan Fault. Its magnitude has been listed at between a 7.9 and an 8.2. One of the aftershocks of this earthquake rated in at a 7.1. There were warning signs of this earthquake, with water levels rising and falling multiple times the day prior to the event. One village even experienced spewing natural gas in the weeks prior to the earthquake.

The deadliest tropical cyclone in history hit Pakistan and India on November 12, 1970. Death tolls for this natural disaster range between 500,000 and 1,000,000. Entire island communities were wiped out from the storm. The storm surge ahead of the cyclone making landfall is blamed for the majority of the deaths. Low-lying islands were completely flooded by the surge. Winds in this cyclone hit 185 miles per hour, which rates it equal to a Category 3 hurricane. Many of the victims were killed by the initial storm surge ahead of the cyclone making landfall. This storm was the sixth of the season, but was certainly the strongest. It formed partially from the remnants of the Pacific’s Tropical Storm Nora. The response to the disaster was largely criticized for being too slow. Political war was fueled by the incident and resulted in the Bangladesh Liberation War.

India has been the victim of many deadly cyclones, including two of the deadliest in the recorded history of the world. Two of them had an estimated 300,000 deaths. Both occurred during the peak cyclone season of May to November. The first was in 1737, the second hit on November 25, 1839. Along with the 300,000 people killed, it is said 25,000 ships were destroyed during the natural disaster. The storm surge for this cyclone reached 40-feet. Those who did live through the disaster in Coringa decided not to rebuild the city.

An estimated 300,000 people also died in the 1737 Calcutta cyclone. It happened on October 7th and nearly wiped out the entire city. Many thought the surge happened due to an earthquake, but there has never been any evidence to support that and it is now thought to have been the work of a tropical cyclone. Along with those killed, 20,000 ships were destroyed in the event. The population of the city of Calcutta was estimated between 3,000 and 20,000. The additional deaths were from the surrounding area.

On December 16, 1920, a 7.8 magnitude earthquake hit Haiyuan County in the Republic of China. Some claim the actual magnitude was 8.5, but that is not confirmed. It hit around 8:05 p.m. The total death toll is estimated at 273,400. Tens of thousands of those victims were in Haiyuan County and Guyuan County. Landslides and openings in the earth happened throughout the region from the earthquake. Cities in seven counties saw damage and an entire village was buried in a landslide caused by the earthquake. The cities of Longde and Huining saw nearly all of their homes collapsed. There were about 125 miles of cracking in the earth following the incident. Many rivers were affected by the large shift – some dammed and others moved altogether. Aftershocks of this earthquake continued for three years after the initial event.

This devastating earthquake hit the region in late May of 526, during the Byzantine Empire. On the Mercalli intensity scale, this quake is rated between destructive and violent. An estimated 250,000 people died in this natural disaster. Many of these deaths are attributed to visitors to the city for the celebration of Ascension Day. Following the initial earthquake, a huge fire broke out in Antioch. This fire destroyed most buildings left standing after the earthquake. It burned for days following. Among the buildings destroyed was Constantine’s Great Church. Many buildings were rebuilt, but once again fell during later earthquakes. The port of Seleucia Pieria was left unusable from the earthquake and silting from it. There were aftershocks of the 526 Antioch earthquake felt in the region for a year and a half.

The area of Antioch was struck by a major earthquake on December 13, 115. It has been reported to rank the equivalent of a 7.5 magnitude quake. Many soldiers and visitors were in the city because the Roman Emperor of the time, Trajan, was staying there for the season. He and his successor were both able to escape with only minor injuries. During the earthquake, trees were thrown and buildings fell. An estimated 250,000 people were killed. Many of these deaths died when they were hit by falling debris from the buildings. The rest of the victims ended up trapped below the rubble and died of thirst and starvation. The earthquake did trigger a tsunami, which hit and largely destroyed the Caesarea Maritima harbor. This may be the first of three major earthquakes in the area that has created trenching around the northern section of the Dead Sea. 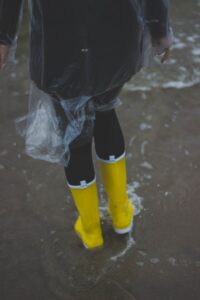 Some may think some of the greatest natural disasters occurred in our lifetime or our forefather’s lifetime.   The truth of the matter is that some of the greatest natural disasters haven’t even occurred in this millennium. After surviving a disaster, the threats are not over. An article titled “Epidemics After Natural Disasters” by John T. Watson, Michelle Gayer, and Maire A. Connolly states that the biggest threat following a natural disaster is population displacement. Other risk factors are derived from that. Most of the risks are associated with populations who have low access to basic needs such as safe drinking water, proper sanitation, health care services, and shelter. There are threats to your health such as communicable diseases and safety such as crime or looting. Watson, et. al. outline what the specific communicable diseases are associated with the type of natural disaster likely to create the risk. According to their paper, these diseases include the following:

The best thing to do is be prepared.  To learn more about being prepared for please visit http://www.ready.gov/