Home » Top 10 Weight Loss Programs You Should Avoid
Previous Next

There are so many popular weight loss programs that claim to be effective: South Beach Diet, Atkins diet, Mediterranean diet, Vegan diet, etc. Some people absolutely love them while others swear 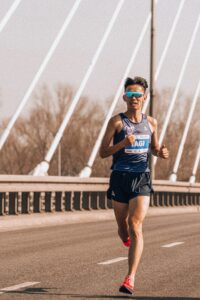 they will never use them for losing weight. Other weight loss programs want to take the shorter route: they claim they can effectively make you trim down in no time even without any physical activity or exercise.

The US Food and Drug Authority banned these so-called tapeworm pills; nevertheless, some people absolutely love them! I know you may be in doubt if this weight loss fix is for real – but honestly, it is for real, and it is quite disturbing. The concept of the tapeworm diet is an essential part of our common sense: you eat the tapeworm (or the pill containing its eggs), let it grow within your gut, let it eat the nutrients intended for your nourishment, and voila! You’ll lose weight without so much effort. Easy? But it’s not a diet. Having a tapeworm or lots of it within your gut is a disease. Now, that’s yuck!

This is another type of weight loss program some desperate obese people would use: the diet tongue patch. Well, this is not exactly like the slimming patch Amazon.com sells. The diet tongue patch does another thing: it gives people who use it some discomfort when they try to chew something. You see, the creator of the tongue patch, Dr. Nikolas Chugay, an aesthetic surgeon, stitches a patch on to the tongue and let it stay there for four to six weeks. With the patch in place, chewing food, particularly solid ones, becomes a major burden causing people not to eat that much and of course, lose some of their unwanted fats. The patch by itself is not dangerous. However, nutritional deficiencies can develop with too little food intake using this weight loss program. 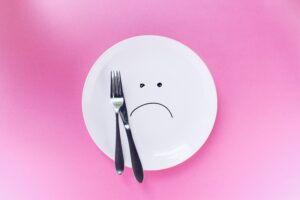 Talk about using drastic measures for losing weight and for sure, there are many people who will mention this weight loss program. It’s too sad to know that there are a few doctors who promote fad-like diets such the Ketogenic Enteral Nutrition diet (K-E diet), a weight reduction method that involves putting a tube through your nose into your stomach and administering liquid foods using that tube.  Dr. Oliver di Prieto, the physician who formulated this diet, promises up to 20-pound weight loss in as little as 10 days by using the K-E diet. The 800-calorie solution used in the K-E diet contains water, protein, and fat. By ingesting this kind of solution without having proper food, ketosis, the burning of stored fat because of the lack of carbohydrate supply, happens. Just like other fad diets, the K-E diet can cause nutritional deficiencies which result in detrimental effects to your health.

This is a weight loss program gone extreme. The 8,700-ft weight loss program is a method for reducing weight described by a study published April 2010 by Obesity. In this study, researchers recruited 20 obese male subjects and had them stay at 8,700-ft altitude for a week. At the end of the one-week high altitude stay, the researchers allowed them to go to the low lands and observed them for another four weeks. They noted that their obese subjects lost weight. Furthermore, the participants’ appetite and food intake decreased. The exact mechanism how the high altitude caused weight loss and decreased appetite is unclear. However, there are few points that are scientifically sure: people who go to high altitudes have increased risk of developing a health condition called altitude sickness, a low oxygen condition that may result in dizziness, nausea and other potentially serious health problems such as heart failure and edema.

Dr. Herman Taller, the author of the book “Calories Don’t Count,” is the creator of the eat-what-you-want diet, a diet that is the exactly the opposite of very low caloric diets because people who 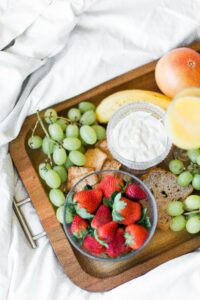 follow Dr. Taller’s diet principles eat whatever and as much as they want no matter how unhealthy and cholesterol-laden their foods can be. At first glance, the book “Calories Don’t Count” seems to carry a paleo-like message. However, there is a caveat: Dr. Taller encourages his readers to take a vegetable oil pill that he claims to boost weight loss. Of course, the pill did not work as expected, and Dr. taller was sued by his frustrated and much-fatter-than-before followers.

The Women’s World magazine described it as “better than gastric bypass” and many obese people thought that the Kimkins diet was the heaven-sent weight loss program they had all been waiting for. Sadly, the Kimkins diet, a very low-calorie weight loss regimen that promoted laxative use, did not prove to be as effective as promised, and Heidi Diaz, the obese creator of the Kimkins diet who falsely claimed its effectiveness, turned out to be a fraud. The authorities later pursued her after some of her followers developed heart problems after using the Kimkins diet.

When the whole world heard that Jennifer Aniston uses the baby food diet, a weight loss regimen that only allowed the intake of up to 14 portions of processed baby foods, a new trend of fad dieting has begun. Tracey Anderson, the popular trainer who trained stars such as Gwyneth Paltrow and Kate Hudson, coined this trending weight loss diet. Considering that baby foods are low in calories, there is no question how and why the baby food diet can effectively lose undesired weight. However, since it basically lacks the nutrients needed by an ordinary and already grown-up adult, potential health hazards are expected to surface with its continued use. 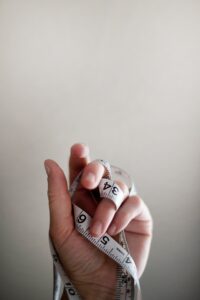 Atkins diet is one of the most popular diets on the internet, but this doesn’t mean it is the healthiest too. The Atkins diet is low in carbohydrates and high in protein and many people like it because it can trigger fast weight loss. Obese men, who want to diet, like it best because it does not restrict the intake of red meat, some dairy products, and mayonnaise. However, many medical professionals, particularly heart specialists, are against it. The reason? The Atkins diet can increase your risk of developing heart diseases, according to NHS choices. The lack of fruits and veggies in the Atkins diet may affect the health of your bones and kidneys in the long run.

There are so many weight loss programs available on the internet today. With more than 50 percent of the adult American population overweight and obese, you don’t even need to wonder why so many internet marketers are investing in the weight loss industry.

Weight loss programs are not created equal. Though some may appear to be equally effective in making people lose weight fast, it does not mean they are all safe and healthy. Yes, it is true: being obese is unhealthy. However, losing weight the wrong way is unhealthy too. Analyzing the safety profile and the effectiveness is important before choosing the right weight loss program. Above all, before starting any weight reduction procedure, you should consult your doctor first.