The Unified Modeling Language (UML) is used for visualizing, specifying, constructing and documenting the artifacts of the software-intensive systems. UML follows the object-oriented analysis and development concepts and methodology which was developed beginning in the late 80s. UML has been evolving since the second half of the 1990s and accepted by Object Management Group (OMG) as a standard software development tool in 2001. 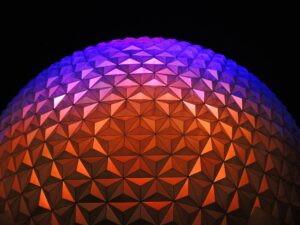 Object Oriented (OO) methodology is an approach to designing modular, reusable software systems which allows the large-scale applications to be developed in independent modules. The main building block of OO is the object and class.

A model is a simplification of reality and it provides the blueprints of a system. UML is a software-centric modeling tool which has a vocabulary and rules like a language. Using its formal language, it creates the conceptual, logical and physical representation of the system. UML evolves throughout the software development life cycle incrementally in contrary to the waterfall model. UML diagrams are developed from the special symbols and notations. UML models can create executable architecture from the model and the model can be directly connected to a variety of programming languages. It is possible to map the UML models to the programming languages such as Java, C++ or others, or even to Oracle tables in a relational database.

The vocabulary of the UML encompasses three kinds of building blocks: thing, relationships and diagrams:

The things are the basic building blocks of OO methodology and they are used to develop UML models. There are four kinds of things in UML which are called: Structural, Behavioral, Grouping and Annotational things. We will review only the basic structural and basic behavioral modeling features of UML in this paper. The advanced Structural and Behavioral Modeling techniques, and also Grouping and Annotational things are left to be reviewed in another paper.

Structural things are the nouns of UML models. They represent either conceptual or physical elements of the UML. There are five basic structural things: 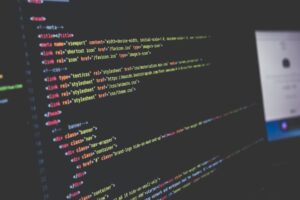 There are four kinds of relationships in the UML:  Dependency, Association, Generalization and Realization. These relationships are the basic relational building blocks of the UML. We use them to write well-formed models.

A diagram is the graphical presentation of a set of elements, most often rendered as a connected graph of vertices (things) and arcs (relationships).  The UML has the following type of diagrams:

Class diagram is used to represent the structure of the system by detailing the classes, their attributes (characteristics) and diagramming the relationship of each class to the other classes. These are static view diagrams of the model that describes the behavior and attributes. They are highly useful for visualizing the relationship between interfaces and classes. Class diagrams depict the building blocks of the system and include information about the interface, aggregations, generalization, and associations as shown in Figure-2.

Behavioral things are the dynamic parts of UML models. These are the verbs of a model, representing behavior over time and space. The dynamic model describes how the objects change state and in which order the state changes can take place.

The Development Guidelines of the Basic UML Diagrams

UML is a highly useful tool for when the structure of a system needs to be defined and the visual representation is easy to understand.