A pressing problem in mental healthcare today is patients’ lack of accessibility to the treatments they need. People who live in remote locations are disproportionately affected by this silent epidemic, facing one too many miles of road between them and the nearest trauma center. The Rural Health Information Hub (RHIhub) reported that as of May 2017, 52.8 percent of Mental Health Professional Shortage Areas were in nonmetropolitan areas. In these rural, often poverty-stricken communities, distance acts an impenetrable barrier to treatment. Harsh financial realities, coupled with the scarcity of public transportation systems, prove to be a tough obstacle to face.

Luckily, the lack of access to mental health facilities may no longer be such a harrowing issue. It seems that technology once again comes to our aid, this time in the form of telemental health. Also known as telemedicine, telemental health relies on electronic communications and information technology to bridge the gap between patient and practitioner. It draws upon various practices such as clinical assessment, psychotherapy, psycho-educational interventions, and cognitive testing. 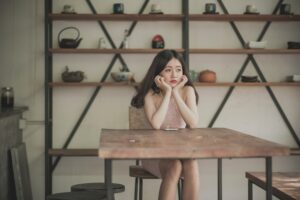 The American Telemedicine Association (ATA) is a non-profit organization based in Washington, D.C. With a network of over 100,000 healthcare professionals and industry leaders holding membership, the organization is devoted to improving the quality and accessibility of healthcare. On the first day of its 2016 Fall Forum conference, the ATA released a study that showed how the practice of telemedicine in mental healthcare is still egregious. Of the 429 people surveyed, 78 percent of the respondents had never used telemedicine services.

However, one branch of telemental health, video teleconferencing technology (VTC), has gained momentum within the mental health community and is hailed by many as the solution to making treatment more accessible to poor, rural areas. Both convenient and economical, VTC is easy enough to understand. A patient in one location and a clinician in another each look at a computer monitor or television screen to see and hear each other in real time. The technology poses several benefits to business and has the potential to make great strides in mental healthcare. As a matter of fact, VTC is already being used in states with large rural areas.

The Oklahoma Department of Mental Health and Substance Abuse Services (ODMHSAS) has implemented VTC at the Department’s Community Mental Health Centers (CMHCs) across the state. As a result, behavioral services reach 78 telehealth sites across the states. One CMHC in southern Oklahoma saw 180 new patients within the first three months they started using VTC.

The ODMHSAS has initiated a partnership with the Department of Veterans Affairs (VA) to deliver video-based psychological training to veterans throughout the state. It has also partnered with Indian Health Services (IHS), enabling clinicians to contact local behavioral health practitioners from local CMHSs through video. These clinicians can check to see if treatment is needed for patients showing symptoms of depression, anxiety, and other psychiatric disorders without conducting a face-to-face consultation.

According to the VA, 7 to 8 percent of the U.S. population will develop PTSD at some point in their lives: 4 percent of men and 10 percent of women. As many as 8 million U.S. adults have PTSD in a given year, and an estimated 44.7 million people today have the disorder. Combat veterans suffer from PTSD at an even higher rate. The RAND Center for Military Health Policy reported that 20 percent of veterans who served in Iraq or Afghanistan suffer from either major depression or PTSD.

Mental health facilities across the country have been working with veterans and have slowly begun implementing VTC in their practices. The Traumatic Stress Recovery Program of the VA Pacific Island Healthcare System successfully used VTC to provide group therapy to the Hawaiian Island Community Based Outpatient Clinics. A pilot study featured in the Journal of Telemedicine and Telecare reported participants in a group for PTSD psychoeducation and coping skills (veterans, clinic staff, and remote clinicians) found VTC treatment helpful. There was no significant difference in satisfaction or information retention between the VTC group and in-person control group.

A randomized clinical trial (RCT), appearing in the Journal of Clinical Psychiatry, measured the effectiveness of a VTC-based 12-session anger management group for rural combat veterans with PTSD. The Journal of Consulting and Clinical Psychology published a secondary analysis of the RCT, documenting that VTC doesn’t affect the group therapy process or the psychotherapist. The therapist can adhere to a manualized cognitive behavioral therapy (CBT) protocol, regardless of whether they are physically present.

VTC has the potential to make great strides in mental healthcare, as well as in business practices. Because VTC eliminates the need for transportation, it dramatically cuts travel costs for both doctors and patients. Companies who use VTC no longer have to reimburse physicians for transportation expenses, and therefore save money. Moreover, VTC enables physicians to work more efficiently as they spend less time driving back and forth between patients. Entire towns may benefit from using the technology as well. Small clinics in rural communities can offer specialized interventions and psychiatric specialists that they normally wouldn’t be able to without using VTC.

Of course, like with any other technology, VTC does have its drawbacks. The often exorbitant cost of equipment, maintenance, and fees can certainly be a hindrance to its implementation in medical settings. Also, not all equipment is created equal, as some tools are of much higher quality than are others. While lower-end equipment tends to be less expensive, it is also less reliable.

The quality of equipment affects the quality of care. Some VTC equipment, with the help of HD technology, projects exceptionally sharp images and auditory signals, but that is no guarantee of diagnostic accuracy. Despite the clarity of these images, clinicians can still struggle to detect nonverbal cues such as psychomotor agitation. They might find it even more challenging to pick up on subtle clues from their patients’ body language. Conversely, the patient may fail to recognize warmth and empathy on the clinician’s behalf, causing them to perceive the interaction as detached or indifferent.

Diagnostic information is the first step to getting the necessary treatment on the journey to recovery, so the importance of diagnostic accuracy cannot be overstated – especially in the treatment of major anxiety disorders like PTSD. With the use of VTC, since the clinician isn’t physically present, they cannot address symptoms like the suicidal thoughts and aggression associated with chronic PTSD and other disorders. Although these sound like valid concerns, research shows that VTC doesn’t compromise diagnostic information or accuracy. The Journal of Telemedicine and Telecare reported that VTC results are comparable to those achieved from face-to-face diagnostic methods.

Ultimately, the benefits of VTC greatly outweigh its shortcomings. We must consider its widespread implications for mental health, business, as well as its potential in criminal justice and law. Though VTC is mostly used by psychiatrists, it could be an asset for psychologists, social workers, and counselors. For instance, forensic psychologists could use VTC as a safer mechanism for criminal profiling, especially in settings like correctional facilities.

Mental healthcare professionals could use VTC to encourage more communication with their peers. The technology could prompt discussions over different diagnoses and treatment plans between clinicians in virtually any location without anybody even leaving their office. Medical professionals and scientists are constantly learning from each other. So, improved peer relations could do wonders for their respective fields.

Everyone has to confront their inner demons at some point, but none of us can imagine the true horrors of mental illnesses like PTSD without ever having experienced it. Only those who have suffered can tell us how it feels to be a prisoner of your own mind, trapped within the confines of your mental walls, and forced to relive your worst experiences at the slightest provocation. No one, military or civilian, should have to face a lifetime of these struggles simply because they cannot access treatment.

While the stigma surrounding mental illness may have begun to thaw, we have a long way to go before we truly break the ice. Fighting any mental illness is an uphill battle. VTC might just be a turning point, guiding those who suffer down the path toward recovery and the peace of mind they deserve.