When Life Throws You Lyme

Home » When Life Throws You Lyme
Previous Next

When Life Throws You Lyme

As the summer season approaches, many will be inclined to spend more time enjoying outdoor activities. While there are many health benefits associated with spending time outside, we must also be aware of the hazards, such as sun exposure and heat stroke. However, in some regions throughout the U.S., the biggest outdoor threat might not even be visible to the naked eye when you are walking the dog, hiking a local trail, or just relaxing in the yard—ticks. Ticks are tiny parasites in the arachnid family that feed on the blood of mammals, birds, and sometimes reptiles and amphibians. While a tick bite might seem like just a nuisance, these pests can potentially transmit Lyme disease, one of the most common vector-borne infectious diseases in the world. Lyme disease is an infection caused by several strains of the bacteria Borrelia burgdorferi (Bb), which is transmitted by infected ticks when they feed. 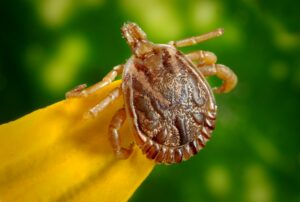 Ticks that transmit Lyme disease are so small that they can easily go unnoticed. The tick’s saliva contains an anesthetic-like substance that numbs the skin’s surface so you may not even feel the bite. The Blacklegged tick (or deer tick, Ixodes scapularis) is no larger than a strawberry seed and spreads the disease in the northeastern, mid-Atlantic, and north-central United States. The Western Blacklegged tick (Ixodes pacificus) spreads the disease on the Pacific Coast.

Because ticks are so small, they can latch onto any part of your body but are often found in areas that are harder to spot such as the groin, armpits, and scalp. In most cases, the tick must be attached for 36 to 48 hours or more before Lyme disease can be transmitted. People are most often infected through the bites of immature ticks, called nymphs, that feed during the spring and summer months. At less than 2mm, nymphs are nearly impossible to see. In contrast, adult ticks do most of their feeding during the cooler months of the year. Like nymphs, adult ticks can also transmit Lyme disease bacteria, but since they are much larger, they are more likely to be discovered and removed before they’ve had the chance to transmit the bacteria.

In most Lyme disease infections, the physical indication is a rash that has the appearance of a bluish-red bull’s eye. Over a few days, the rash expands gradually, with some reportedly growing to about 12 inches across, according to the Centers of Disease Control (CDC). The rash may sometimes feel warm to the touch, but rarely itches or causes any pain. However, as the infection progresses, the following symptoms may occur:

Although Lyme disease is prevalent in nearly 65 countries, including the U.S., where there are 329,000 new cases per year alone, research on this disease and treatment options are significantly underfunded. The number of people diagnosed with Lyme disease in the U.S. annually is significantly higher than the number of women diagnosed with breast cancer and the number of people diagnosed with HIV/AIDS. Because detecting and diagnosing Lyme can be difficult, many people with Lyme may be misdiagnosed with other conditions that have similar symptoms, which means that the true number of Lyme disease cases may be much higher. If a patient doesn’t show clear indication of the bull’s-eye shaped skin rash (Figure 1), it can be very difficult to get laboratory tests ordered to even receive a proper diagnosis from doctors. Another issue with diagnosing Lyme disease is that symptoms resemble other autoimmune diseases (i.e., conditions that cause body’s immune system attacks healthy cells), causing patients to be misdiagnosed and receive ineffective treatments, which could prolong recovery. The high cost of laboratory tests for Lyme disease is another major factor that hinders proper diagnosis.

The CDC follows standards set by the Infectious Diseases Society of America (IDSA), which manages the guidelines for diagnosis and treatment of diseases. Doctors and insurance companies also follow these guidelines. In regard to Lyme disease and other tick-borne illnesses, the IDSA allows for the diagnosis only if the patient shows obvious signs and symptoms of Lyme and has had a history of possible exposure to infected black-legged ticks. Because insurance companies follow IDSA guidelines, they reserve the right to refuse patients’ laboratory tests for Lyme if certain criteria are not met. 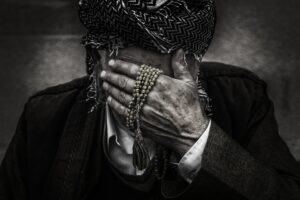 This problem may be worsened by the fact that many lab tests are conducted by Lyme specialists, who are not IDSA-approved. As a result, the treatment may not be covered by insurance companies or even viewed as scientifically valid by the larger medical community. Therefore, many patients are forced to suffer with the disease Lyme even though their insurance will not cover the associated costs. Some people even refer to Lyme disease as the “rich people’s disease”, because lower socioeconomic classes cannot afford the treatment out-of-pocket.

In efforts to advance the development of effective Lyme disease diagnosis and treatment, Congress proposed a bill called the Lyme and Tick-Borne Disease Prevention, Education, and Research Act of 2015 (S. 1503). Although the legislation did pass and was simply referred to committee for review,

the bill would require the Department of Health and Human Services (HHS) to establish the Tick-Borne Diseases Advisory Committee to address Lyme disease and other tick-borne diseases. Under the bill, HHS would also be required to consider broad scientific perspectives when making decisions about public health policy and ensure that information distributed to doctors and the public is based on the best available scientific research. While it is still unknown how the Legislative Branch will address this public health issue, there is hope that a new version of the bill may materialize in the future, particularly when Summer 2017 is estimated to bring heavy tick saturation due to climate change.

To decrease your risk of getting Lyme disease, practice these simple precautions:

If you discover attached ticks, remove them with fine-tipped tweezers as soon as they are discovered. If a tick is attached to your skin for less than 24 hours, the chance of getting Lyme disease is minuscule. However, it would still be in your best interest to be prepared to take action. Over the next few weeks, watch for signs or symptoms of Lyme disease mentioned above and see a doctor if you show the signs or symptoms.