The impacts of human-induced climate change on our physical, mental, and community health are on the increase globally, and if nothing is done to arrest this impending danger, the consequences may consume us all. Today, changes in climatic conditions affects our health through foods and water sources, the air we breathe, the weather we experience, as well as our 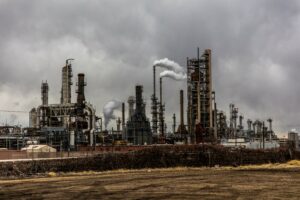 interactions with the built and natural environments. If not restrain, climate changes will continue to pose a threat to human existence.

Never in the history of America has climate change negatively affects human health as it is today. In the United States, the rising greenhouse gas has led to increased temperature, changes in precipitation, and rising sea levels, thereby posing significant threats to the health of Americans.

Awareness about the impacts of climate change on human health are already out there, what is lacking are concrete actions from stakeholders and appropriate authorities toward curbing the menace. Yet, several studies have shown that the threats to health are expected to worsen with continued climate change. In order to help raise level of actions, this article takes a brief look at some of the areas where climate change is impacting the health of Americans.

Increased temperatures will definitely lead to hotter days with more frequent and longer heat waves. No doubt, a warmer climate will increase the risk of illnesses and death from poor air quality and extreme heat. Exposure to extreme heat can cause heat stroke and dehydration, as well as cardiovascular, respiratory, and cerebrovascular diseases. In fact, statistics have shown that climate change is one of the leading causes of death in the United States. 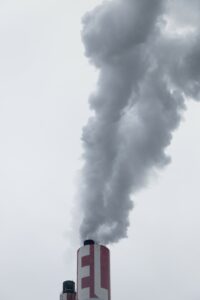 Particulate matter refers those extremely small particles and liquid droplets that are suspended in the atmosphere. These particles are created by both natural phenomenon and human activities, and they include matter such as dust, fossil fuels, wildfire smoke, and sea spray. Inhaling of these fine particles can cause adverse health conditions such as lung cancer, chronic obstructive pulmonary disease (COPD), cardiovascular disease and other respiratory diseases. Studies show that allergic illnesses affect about one-third of the U.S. population, while over 34 million of Americans have been diagnosed with asthma. If climate change remains uncontrolled, human lives, and that of animals, will continue to be at risk of respiratory problems.

Climate change can increase the frequency as well as the severity of extreme weather events. Events like extreme flooding, droughts, and storms, are affecting the lives of Americans, including children, the seniors, and people living with disabilities. These extreme events are impacting foods as well as affecting drinking water availability. They also cause damages to roads, bridges, health utility, electricity facilities, as well as contributing to carbon monoxide poisoning. Worst still, changes in temperature, precipitation, and extreme weather events are also contributing to increase in vectorborne diseases, leading to the spread of climate-sensitive diseases.

Climate change has increased cases of contaminated drinking and recreational water. This can increase exposure to waterborne pathogens such as bacteria, viruses, as well as parasites such as Cryptosporidium and Giardia. These waterborne Vibrio bacteria and harmful algal toxins are responsible for illness like diarrhea and other waterborne diseases.

The increasing concentrations of carbon dioxide and the rising frequency of extreme weather events resulting from climate change are also affecting food safety and nutrition. Again, since bacteria 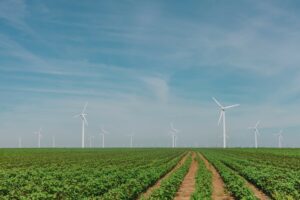 grow more rapidly in warm environments, increased air temperatures can lead to Salmonella and other bacteria-related food poisoning. Other risk factors include food exposure to contaminants due to increased extreme weather events. Although higher concentrations of carbon dioxide can be favorable for some plants, it will definitely lower the nutrition contents of crops such as wheat, rice, and potatoes.

Climate change will continue to have enormous impacts on human health unless concrete actions are taken to control the situation. Without any doubt, the lives of millions of Americans will continue to be at risk if the government is not doing anything to address climate change and its impacts on health. Lots of awareness and campaigns have been created already about climate change, but what we need at this point are more actions. With more actions, we can help save more lives!