The Top 10 Dangerous Jobs in America

Home » The Top 10 Dangerous Jobs in America
Previous Next

The Top 10 Dangerous Jobs in America

As a practitioner of Occupational Health (OH), I would be remised if I didn’t do a related blog. So as I pondered what would be an interesting topic while watching Discovery’s Deadliest Catch series…it hit me like a brick. The U.S. Bureau of Labor and Statistics released a Census of Fatal Occupational Injuries, August 2013. Every job has its peculiar occupational hazards, some with low-risk and others with high risk.

Our occupation in MicroHealth is considered a low risk yet we still chose to be voluntarily assessed by the Virginia Occupational Safety and Health (VOSH) department to ensure we are providing a safe and healthy workplace. We have learned a lot to improve our program today and are better prepared for tomorrow as we grow in varying degrees of risk environments. Many states like our home state of Virginia provide amazing low cost to no-cost services that we highly encourage employers to consider as part of their voluntary and regulatory workplace safety program such as this one found here https://www.doli.virginia.gov/vosh_coop/vosh_coop_programs.html. We have proudly contributed some of our workplace safety training material back to VOSH who in turn provides them for others to customize and use in their occupational safety training program.

There are, however, some jobs in the U.S that have become notable over time for their high-risk levels and dangerous working conditions. Some can be downright deadly as depicted on several popular reality and documentary shows. It should certainly give us a greater appreciation for the lumber used every day or the Alaskan crab we may enjoy. It’s easy to complain about the prices, but there are those who paid the ultimate price in an effort to provide us these things. It has also reminded me the gratitude I have for their service and more importantly, call to better protect these high-risk occupations. Here the top 10 Deadliest Jobs in the U.S. based on the August 2013 Bureau of labor, and Statistics released a Census of Fatal Occupational Injuries 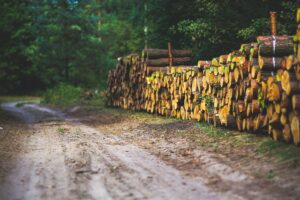 Logging is one of those jobs that no one ever really thinks about unless they are actually a logger themselves. Of course the death toll among workers is mind-boggling, their annual income is not much in today’s society. The average logger only brings home a little over $33,000 a year; that is only about sixteen dollars an hour and only ten grand over what an educator makes at the end of their first year of teaching. What is not normally considered by the everyday person (unless it is thrust in our faces,) is that Mother Nature is the most deadly killer of all time. Sometimes it may seem like Mother Nature is on your side, but nothing is ever predictable. For example, let’s picture a logger cutting down an enormous tree in the woods. Then, without any indication, this enormous tree begins to fall before the anticipated time while the logger is under it. The logger risks their life, in circumstances such as that, to supply us with paper, lumber, and other wood products. Due to the random, excuse my pun, nature of the job, it is no surprise that there are 128 deaths out of the approximate 100,000 professionals in the logging industry. Next time you go to purchase firewood to warm your house in the winter, think of the brave loggers who risk their lives to provide comfort for your home. 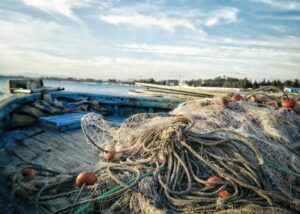 Generally, fishing (in ponds or lakes) is seen as a very calming way to relax after a long week of deadlines and the trivial tasks of everyday life. However, that is not the kind of fishing being
considered deadly. Deep sea and other types of major fisherman have a salary placed right below what loggers make annually, coming in at $16.07 an hour. These brave fishermen board these boats–not durable ships, but boats, mind you–to risk their lives to catch the quality of fish and crustaceans that can only be purchased at some the classiest restaurants in the world. Fishing used to top the list of deadliest jobs for a few years with the toll of 117 deaths per 100,000 professionals. Every time a fisherman sets out to sea they risk their lives in order to provide for themselves or their families. 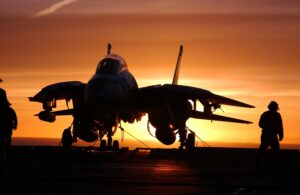 It is a common experience to be excited when you board an airplane to go and experience a different or new location, but unfortunately that is not the case with me. I am positive that there are others who experience the same pre-flight anxiety that I do. My nerves tend to calm down once in the air, but every time the pilot comes on the radio, I have a mini panic attack. I cannot imagine the type of stress and anxiety that the pilots experience every flight. Of course, commercial airplanes are safe and experience a seldom amount of deaths concerning those types of flights. However, flight engineers and pilots operate and design a wide range of other flying machines. Along with flying and operating planes, these professionals double as firefighters and search and rescue teams. A positive to the extensive training and stress, these employees make close to six figures annually. I believe I could power through some bad weather conditions for that salary. 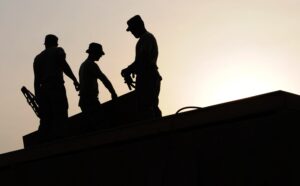 This job being on the list, especially in the top five, did not come as a surprise to me. Roofers have to develop extreme balance, concentration, and learn how to overcome fear. Their job often consists of stripping the shingles off of a roof with heavy tools, laying shingles, and carrying most of the materials up and down a steep ladder or roof. They also have to work in extreme weather conditions such as heat, cold, snow, and rain. Their work can be physically and mentally demanding along with meeting tight deadlines. Heights and exhaustion are often the main causes of death in this occupation. For example, a majority of roofs have black shingles that roofers work on top of. Being this close to the sun and without supplemental hydration, roofers become exhausted and either faint or lose their balance and fall off the roof. Unfortunately, workers of this occupation only get paid $35,290 a year. 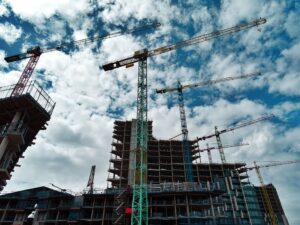 Like most of the jobs on this list, this is a job that children do not aspire to be when they grow up. On the contrary, more than 50,000 workers join the iron and steel field by choice. Like roofing, heights are the main cause of death regarding this profession. Not only do they have to carry their heavy equipment with them, scale a cliff that can be considered as high as a skyscraper all while unwavering throughout the process. Making roughly $48,000 a year, they are able to maintain a middle class lifestyle, but I am sure their significant others worry about them throughout the work day. 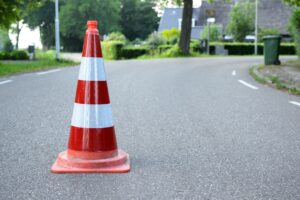 Collecting only $37,590 a year, which equals only $18.07 per hour, they risk permanent disease by clearing out toxic areas that have been contaminated. Granted, they wear protective uniforms that cover them from head-to-toe and ways to breathe in good air in hazardous areas. With only forty-seven deaths out of 100,000 workers, it isn’t the worst death count we have seen on the list so far, but it still is frightening to think about what the toxic waste consists of that they remove. 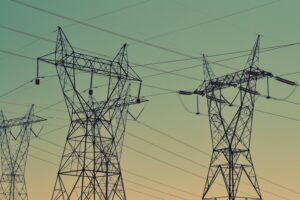 The fact that power lines are dangerous and could electrocute if dealt with incorrectly is common knowledge. Even so, the jobs required to repair and install these lines need to be filled by hundreds of thousands of people. Previously stated in our discussion about logging, Mother Nature is the world’s number one killer. Power lines rarely malfunction when the weather is a perfect seventy-one degrees outside with a slight breeze; it tends to occur in the middle of a blizzard, in the middle of the night, and with winds blowing at over sixty miles per hour. These workers get paid around $27.99 an hour, ranging an annual total of about $58,000. This occupation experiences twenty-three deaths out of every 100,000 installers and repairers. With a small death toll such as that, I would say this job is worth the money. 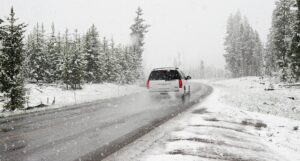 Those of us who do not know what it is like to be a truck driver get annoyed with them for driving slowly down a highway, or for almost side-swiping us when we are passing in their blind spot. What we do not realize is that the death rate of truck drivers accumulates to almost three times as many work-related deaths than any other profession. Driving a vehicle with more than four wheels is no easy feat and when you add the amount of materials inside of the trailer, you can only imagine how challenging it would be on ice-roads, steep mountains after long days and late nights. There is no doubt as to why this profession made this list. To top off the sad truth of this underappreciated profession, they do not even bring in $30,000 a year. The average pay rate per hour is $13.24, totaling a mere $27,530 yearly salary. The long hours, stress, responsibility, and the low pay does not make it very appealing. 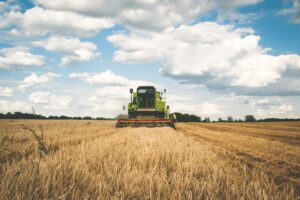 When I think of farmers, I think of early mornings, hot days, and John Deere tractors. The term “fatality rate” does not even cross my mind. Though in reality, the agriculture profession does experience deaths amongst its dedicated workers. The death rate for farming is only twenty-one deaths per 100,000 farmers. Whether it is plowing their fields or milking the cows risk still applies. Agriculture is a huge industry all over the world, but others do not understand how physically and emotionally demanding this job is. These farmers risk their lives by trusting their animals and their equipment in order to get their jobs done. Farmers can make approximately $69,000 a year, but that also depends on the quality of their crop and the health of their animals. 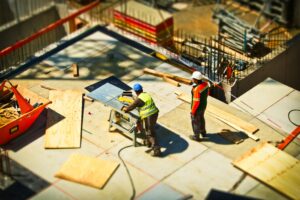 I believed that construction workers would be a little higher on the list, being related or similar to roofers, but they tend to start on the ground instead of at the top. However, being reliant on your co-workers and the risk of their laziness such as not securing the framework correctly the entire structure could come down on everyone. Construction workers also assume the risk of saws, jackhammers, and many other dangerous tools.