Making the Transition from ICD-9 to ICD-10

Making the Transition from ICD-9 to ICD-10

When it comes to international statistics on healthcare management and epidemiology, the International Classification of Diseases, otherwise called ICD, is the statistical tool of choice. In particular, it is a method to store information for the purpose of health records that can be utilized for studying mortality and morbidity statistics.

There have been numerous updates to the ICD, with the latest update being the ICD-10. It consists of a series of codes that depict different clinical conditions in different combinations. However, up until now, the United States has been using the ICD-9, with a one year delay been announced about commencing utilization of ICD-10 (now due to start 1st October 2014). There have been a number of issues raised with ICD-9 that have now been corrected with the ICD-10. Here we shall take a look at this in a bit more detail.

Differences Between ICD-9 and ICD-10

One major setback of the ICD-9 was the lack of code specificity. For example, patients admitted with a fracture of the left tibia would be given the same code were they admitted with a fracture of the right tibia. The type of fracture such as simple break or a communited fracture would not be identified through coding either. This issue has been corrected in ICD-10, and it is now possible to differentiate between parameters such as these.

The ICD-10 appears to be up to date when it comes to its application based on advanced medical and scientific research. There have no doubt been new advances in medical technology in the last decade, and the ICD-9 did not necessarily include these procedures or investigations in its coding system.

With regards to inputting data for the ICD-9, each individual diagnosis code was allowed only 3 to 5 characters, making it rather limited if new codes had to be added. In addition, the chapters were full meaning that new codes could only be added in new chapters rather than in relevant existing ones. In fact, the ICD-9 had only 13,000 codes in total. On the other hand, the ICD-10 now allows 3-7 character length diagnosis codes with over 68,000 codes now available. The coding system is now extremely specific, and a quick code review reveals exactly what the patient was admitted with in the past. This greatly affects statistical and epidemiological studies.

Procedure codes have a similar change as well, with 7 characters allowed (as compared to the 4 in ICD-9) for each code, a total of 87,000 codes and a great degree of specificity of the codes when it comes to different procedures. It even digs deep enough to identify the approach of a procedure, the body part operated upon and the device used in the procedure. 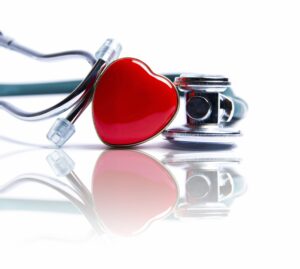 A number of practices across the United States are still utilizing ICD-9 codes, which are slowly becoming redundant. In order to prepare different practices and hospitals for the new codes, it is essential that staff training be put in place to help them get up to date with the codes. As a practice manager, it is important to make a note of what training will be required for the staff and how it can be delivered to patients.

Recording ICD-10 codes also depends to an extent on how clinical documentation is conducted. In fact, having a diagnosis sheet that accompanies a patient’s notes could help for coding purposes.

Having a strict record of the new codes is a key part in practices and hospitals getting paid. In the initial stages of implementation of the ICD-10, the lack of preparation can be reflected in delays in processing of claims. Previous changes to ICD have had a strong impact on the financials of health providers. In preparation for the ICD-10, it is worthwhile getting a line of credit sorted well in advance in order to avoid any financial difficulties in the future.

There are some simple steps that every practice must take in order to prepare for ICD-10. The list below describes the essentials briefly.

1. Designate a coordinator who will oversee the required changes

2. Develop a plan of management that covers all the requirements that need to be met before the deadline.

3. Review your organisation’s structure and see how ICD-10 could potentially affect your practice.

4. Meet with your vendors and IT staff to discuss the various changes that need to be made and how best to prepare for it.

5. Set aside a budget to incorporate the requirement of new equipment and possibly software and staff. If necessary, have an emergency fund that you can access.

Payers must also be prepared for the change. A review of the various benefits policies must be conducted, along with a quick meeting with software developers about training and testing of the systems. Third party billing services must be liaised with as well.

Finally, a plan must be in place to periodically assess how well the change has taken place, smoothing out any creases that may occur along the way. Retraining of staff may be needed.

There are a number of potential advantages of ICD-10. These include 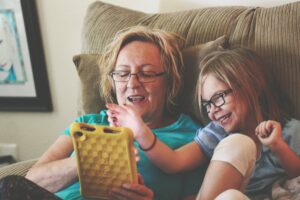 The ICD-10 was introduced in 1990, and it is now 24 years since that has happened, with the United States finally implementing it. In 1999, the US started using ICD-10 to publish mortality statistics, but was ignored for no real reason until President George Bush made it mandatory in 2009. Following a great degree of objection from physicians and even politicians due to the increased costs and the time it would take away from other initiatives. Nevertheless, the time has now come to implement it and make the change.

There are a multitude of changes to expect with ICD-10. It is essential for all practices, vendors and payers to prepare themselves for this change to avoid setbacks and careful coordination is required to make the transition smooth.